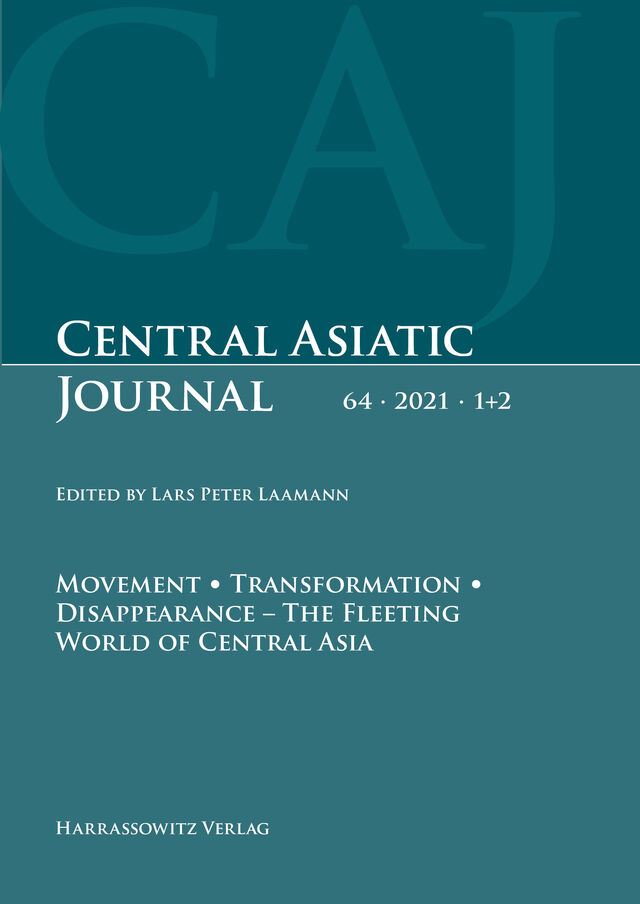 The Central Asiatic Journal (CAJ) has been published since 1955, focusing on the linguistic, cultural and historical heritage of Central Asia and historically related regions. The global pool of authors comprises specialists in the central Asian core region (Mongolia, Turkestan/Xinjiang, Tibet, Southern Siberia, Manchuria) but also in a secondary sphere reaching into western Asia (the Turko-Iranian sphere), the Himalayas, China’s Han-majority provinces and the Pacific fringe (Korea, Japan and Eastern Siberia).

The CAJ has recently undergone a complete editorial overhaul, with direct implications on the nature of this journal. Each issue will be dedicated to a specific region, and significant efforts are made to open up to the East Asian scholarly community. Most articles are still concerned with pre-modern themes, mostly archaeology and history, but the new editorial board emphatically welcomes quality contributions relating to modern central Asian culture, including anthropology, sociology and religion. The CAJ is now completely peer-reviewed by appointed external experts, thus fully participating in the international exchange of academic knowledge.